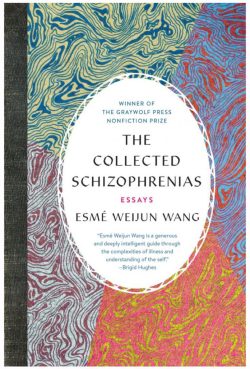 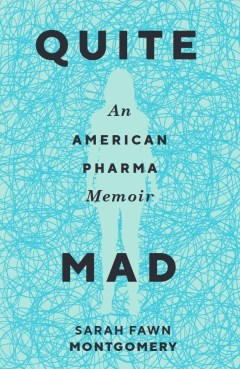 The Collected Schizophrenias: essays is perhaps writer Esme Weijun Wang’s tour de force through life with schizoaffective disorder. This personal essay collection positions Wang into the world of literary nonfiction as she is the novelist of the Border of Paradise. Wang uses fashion motifs to talk about her high-functioning mental illness. She includes essays on schizophrenia in television and cinema. She talks about her experience volunteering at a camp for children with mental illness and how this affected her decision to have children of her own. This work is both a memoir narrative and a work of literary journalism. Wang weaves scientific studies and historical facts throughout her essays skillfully. Wang attended Yale and Stanford, has an MFA in Writing from the University of Michigan and includes an essay on her college experiences. Diagnosed with bipolar in her late teens, Wang was later re-diagnosed with schizoaffective disorder. She also writes about the connection between autoimmune disorders and mental illness as Wang has late-stage Lyme disease as well. Wang has held residencies at Hedgebrook, Yaddo and other artist colonies. She will be giving an Instagram talk in April for This is My Brave. Check out their web site and/or Instagram for more information. Her web site is www.esmewang.com.

Quite Mad: An American Pharma Memoir is Sarah Fawn Montgomery’s eloquent exploration into the treatment of her own anxiety and of other mental health conditions. Approaching her narrative from the vantage point as someone struggling with OCD, PTSD, and anxiety, she explores how gender, class, and history treats people with mental illness. She weaves journalistic studies and historical facts into her story to create a work that documents an epidemic of our age. She strongly critiques psychotherapy from all angles. She includes an interlude about her husband’s bipolar disorder and how she deals with it as a spouse. Through examining the history of mental illness treatment, she challenges the modern narrative about mental health. She makes an important statement about the dangers of diagnosis and the complicated nature of sanity. At times her narrative is a bit unwieldy and some parts of her own story might have been better edited for more cohesion. Overall, I enjoyed her take on mental health in America, especially her feminist slant. Her web site is www.sarahfawnmontgomery.com.

I was gifted with writer Dani Shapiro’s new memoir Inheritance. It came with a tote bag advertising her new podcast “Family Secrets” directly from the publisher. Apparently, I had signed up for a contest they were having on her web site. In this fifth memoir, Shapiro discovers her father is not her biological father through DNA testing. Shapiro is the author of four other memoirs Slow Motion, Devotion, Still Writing and Hourglass. She artfully conducts an investigation into her parent’s secret—that they went to a fertility clinic to have her. Her investigation in this is not unlike her journalistic exploration in her article “The Secret Wife” in the New Yorker in 1998. “The Secret Wife” was about her father’s first marriage before her mother that no one in her family talked about. Inheritance traces Dani’s journey through fertility clinics to the trauma of finding her biological father eloquently through storyteller form. Although, kind of heavy, I highly recommend this mysterious book as a good beach read. Shapiro’s web site is www.danishapiro.com.